KAATSU is a Japanese compound word that means “additional pressure” and is written 加圧i in Japanese. At its simplest, KAATSU adds additional pressure around the upper arms and upper legs to create a modification of venous blood flow (the blood flow returning to the heart) which causes the limbs to be engorged with blood.

With KAATSU, blood still flows into the limb but the outgoing flow back to the heart is slowed down. This is the desired, gentle effect on the body created by KAATSU. Even though it is safe and gentle, it effectively creates physiological changes in the body. Doing KAATSU properly should be painless.

This is a major contrast with BFR systems that are based on occlusion – which shuts off the blood flow to and from the limb. Occlusion-based BFR systems calculate how much pressure is required to shut off blood flow to and from the limb, then reduce the pressure to allow some flow to occur. While doing this also creates physiological changes in the body, it is harder on the body due to the need to fully occlude the limb(s). Occlusion-based BFR training methods are often painful to use due to the cutting off of blood supply, whether on purpose or by mis-application.

A Tale of Two Pressures

The KAATSU approach is to start at minimal pressures and slowly increase the pressure in a cyclical manner. Using the KAATSU C3’s recommended automated “Cycle Mode” pressure is applied through the pneumatic Air Bands, held for 30 seconds and released for five. The next pressure applied is slightly higher and is held and released in the same fashion. The KAATSU Cycle is a core element that defines KAATSU as a modality and it is protected by patents in 47 countries. Dr. Sato did 3 decades of testing to come up with his approach and it’s been tested and proven for over a decade with a team of Japanese cardiologists. There is no other BFR company with such a long track record of research and proven approaches.

Other blood flow restriction devices use constant pressures in their bands. Because most other BFR bands are based on a percentage of occlusion pressure they are applied at a single pressure from start to finish. This approach may be considered BFR, but it is fundamentally different from the KAATSU approach.

There are decades of thought and engineering invested in the creation of KAATSU’s pneumatic Air Bands. From the shape of the interior air bladder (intentionally designed to prevent occlusion) to the construction of the bands using materials that let them flex and respond to the shape of the limbs due to muscular contraction and relaxation, there is no other band like it on the market. KAATSU bands are comfortable when worn properly, and there is no risk of occlusion or peripheral nerve damage due to their thoughtful design. The construction and design of the bands themselves, combined with the KAATSU Cycle is what makes KAATSU so effective.

In contrast, many companies offering BFR products use modified blood pressure cuffs or surgical tourniquets as the basis of their bands. Due to the need to occlude, these kinds of BFR bands are stiffer, more rigid and do not respond to the shape of the limbs, making them inherently less comfortable during training sessions and at risk to occlude during use. Also concerning are the BFR “bands” found on mass-market online retailers. Many are essentially luggage straps being marketed for BFR training with no thought as to the effect they may have on the underlying tissues. Because of these fundamental differences in band design it is impossible to consider BFR as being the same as KAATSU.

KAATSU has been used clinically in Japan since the mid-1970’s. Its methodology and technology were rigorously investigated for over a decade by a team of cardiologists to ensure it was safe and effective. The research and results demonstrated by Dr. Sato and his team over decades of use in Japan establishes KAATSU as the original form of BFR training. Other companies have created similar products, but KAATSU remains the leader in the field.

Check out the KAATSU Family of Products 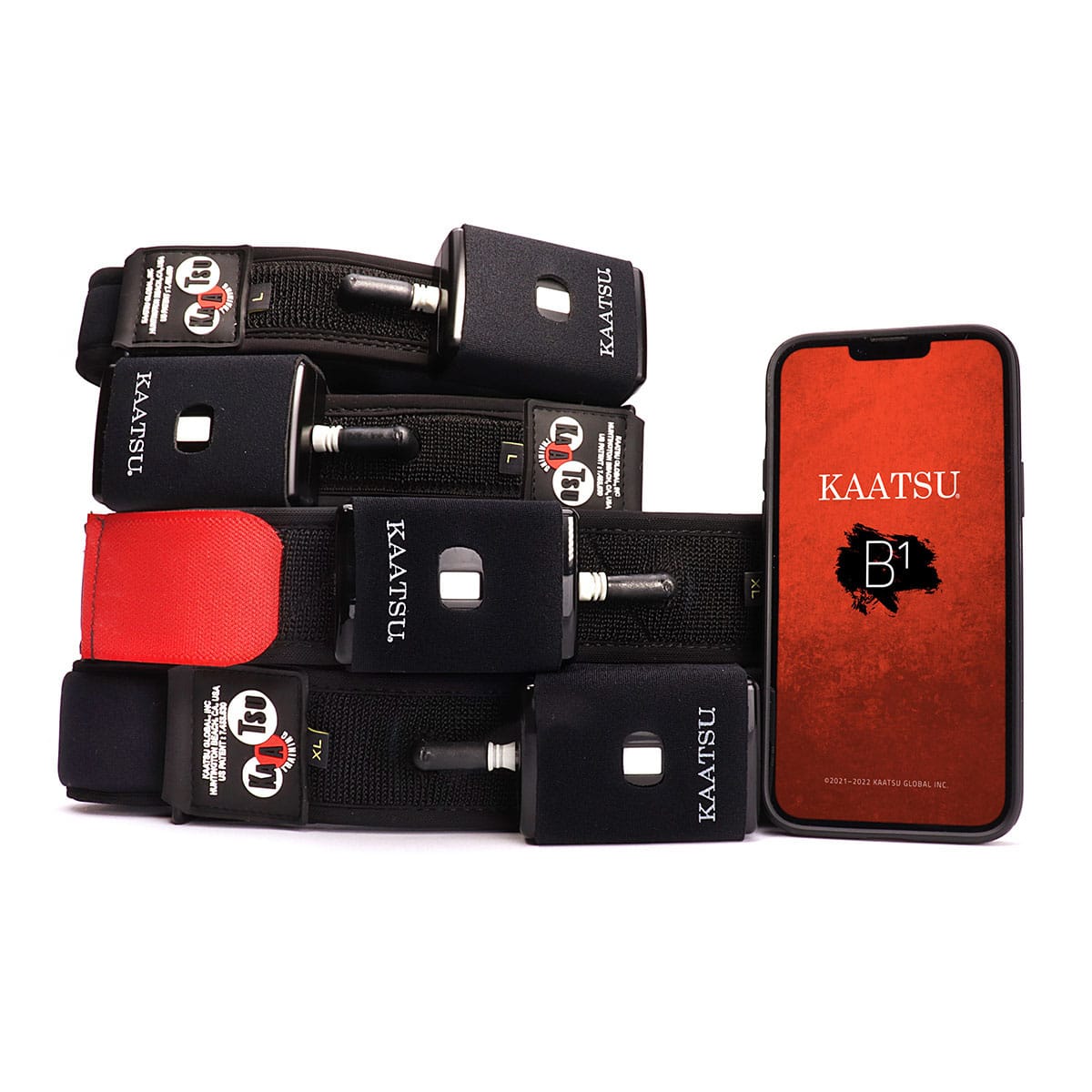 KAATSU products and protocols have been proven safe and effective for decades. Suitable for all ages and abilities, the KAATSU family of products are an ideal way to improve health, fitness, rehabilitation, and recovery.

KAATSU products are available for personal or professional use.