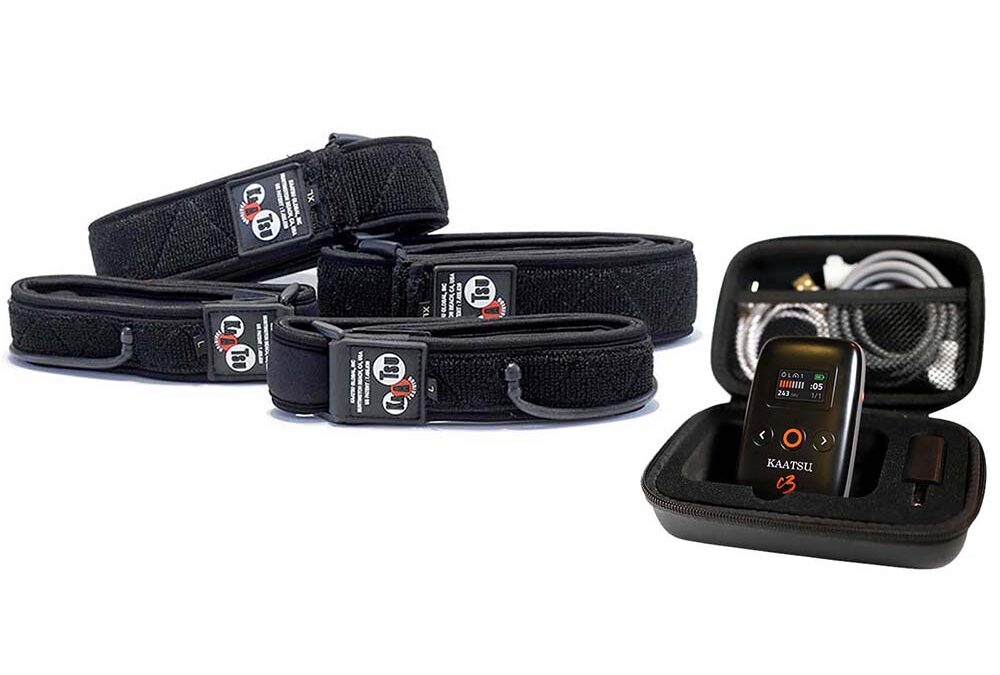 Hello! Welcome to the KAATSU Canada website! We’re pleased to be the newest KAATSU distributor, and the only one serving the Canadian market!

When I learned about KAATSU, quite frankly the concept of “blood flow restriction” blew my mind. It sounded crazy. Dangerous. Who would do such a thing? I had to learn more! 🙂

My wife (an Occupational Therapist and Certified Hand Therapist) said it sounded like a bad idea. Shockingly, that made me want to find out more about it. Chalk it up to a “guy thing”.

The more I learned about KAATSU and different methods of BFR, I learned that there are indeed some “crazy” and “dangerous” ways to do BFR, but that KAATSU wasn’t one of them. It was the only BFR method that used words like “gentle”, “incremental”, “gradual”, and that’s kind of what sold me.

I’m not much into pain. Well, that’s not entirely true. I’m a road cyclist (those seats!) and a lifelong martial artist (Kendo – Japanese Fencing), but KAATSU sounded intriguing. After lots of reading and some fun discussions with my wife, I decided to buy a KAATSU C3 and see what all the fuss was about.

Now, it’s plain to me that I’m not one of those KAATSU magazine cover models. I don’t have the body shape most people associate with athletes. I can cycle 100+ km. When I was 50 I did fifty three-minute Kendo sparring sessions in a row on my birthday. I’m durable, but I don’t look like a fitness model. That’s okay – because my goal is to look more like one, and my KAATSU C3 has been helping me along.

I’ve been losing weight, despite the winter and Covid lockdowns at the dojo. I’ve been using KAATSU while consuming all the information I can about KAATSU. And, I had the pleasure of working with the KAATSU Global team helping them with an edit the KAATSU C3 manual. During that process I learned that as amazing as KAATSU is, there wasn’t a current Canadian distributor. Intriguing, I thought. I had to learn more! 🙂

One thing led to another, and before I knew it my wife and I were setting up a company to become the Canadian distributor for KAATSU. We both feel that KAATSU has so much potential to benefit our fellow Canadians so we’re putting our money where our hearts are to help spread the word!

We hope you’ll join us on the journey!