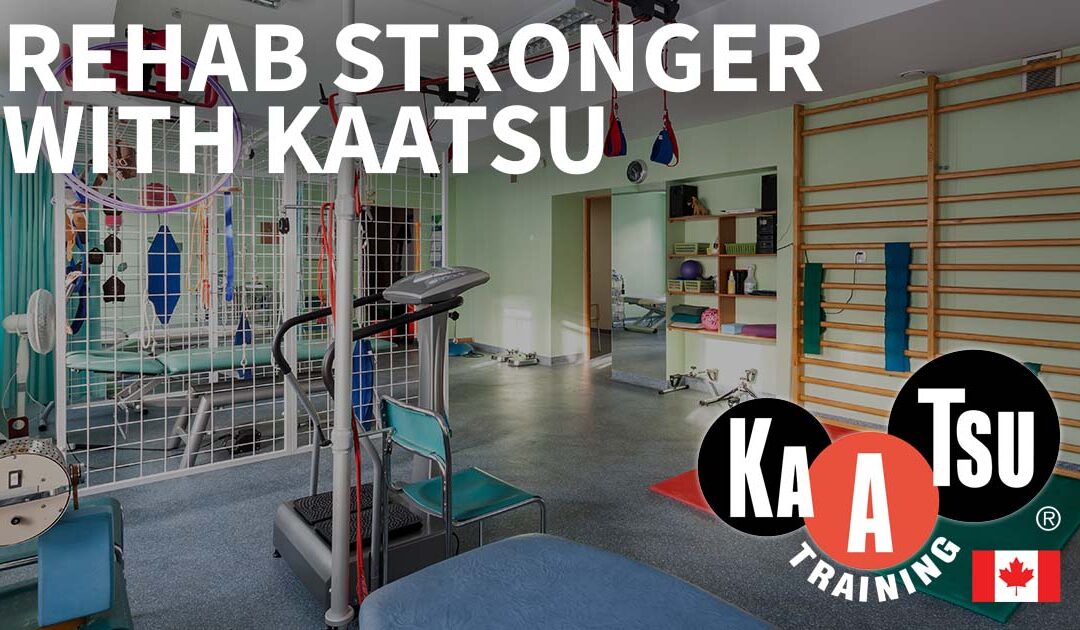 If you’re a rehabilitation professional, you’re amazing. Every day you’re making life better for your clients. The world needs more people like you.

I’m not a rehabilitation professional, but what I do know is that KAATSU has been used as a rehabilitation tool for decades in Japan and since 2014 in North America and Europe. KAATSU amplifies the physiological effects of movement and improves the body’s circulation. It’s simple to use, non-invasive, and can help people rehabilitate faster from injuries.

There is plenty of research that backs up the physiological effects of KAATSU, some of which you can access here. For me, it’s the stories of how adding KAATSU has helped people with their rehabilitation that gets me excited. Here are a few examples.

John is the CRO of KAATSU Global Inc. and a retired Navy Seal Captain. He had multiple orthopedic surgeries over his career so is quite familiar with the rehabilitation process. This rotator cuff tear was the second of his career, the first being injured six years earlier on his other shoulder. During his first shoulder rehab it took 10 months to get him back to his former functionality. Using KAATSU during the rehabilitation for his second tear he was able to achieve 95 percent of his pre-injury strength and agility at the five month mark. John had a great rehabilitation team, but he attributes his ability to recover from the same injury in half the time to the addition of KAATSU.

28 days before the 2014 Winter Olympics Todd Lodwick had a serious skiing accident in which he broke his left arm and tore several ligaments. Since having surgery would completely prevent him from competing, he looked for ways to accelerate his healing and was introduced to KAATSU. Using KAATSU on his legs and his non-injured right arm, he was able to heal up in time to be the flag bearer at the Olympics and compete in the ski jumping and Nordic combined events after only five weeks of recovery using KAATSU.

The attending physician of the US Ski & Snowboard Association who managed Lodwick’s rehabilitation said “His recovery was unheard of with the incorporation of KAATSU.”

A now retired NFL running back, Woodhead suffered two torn ACLs during his career. His second occurred on September 19, 2016 and he was told he would be out for the season. He started using KAATSU in early October as an addition to his prescribed physical therapy regimen. Woodhead sent KAATSU CEO Steven Munatones a picture of his rehabilitated leg in late November, just before Thanksgiving. His return was much quicker than expected under standard orthopedic protocols and without the muscle atrophy that typically accompanies injuries of this nature.

If you’ve been injured and are looking to recover faster, ask your doctor or therapist if KAATSU might be a good fit for your rehabilitation program. We’d love to be able to share more KAATSU success stories!